How a little kindness could boost your business results 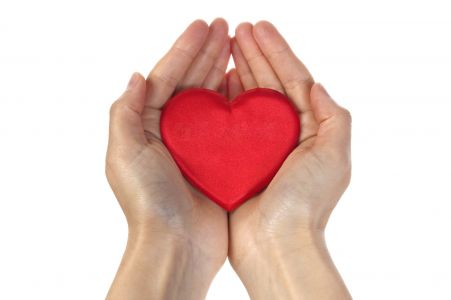 Could a greater element of empathy improve your business performance? This was the question raised by an article entitled “Empathy: The last big business taboo?” recently published by The Guardian. The article questions why so many women find it difficult to thrive in corporate environments, revealing that 41 percent of women leave the corporate environment in less than ten years.

It further discusses the possibility that this is due to women being “empathisers” while men tend to be “systemisers”, and corporates often favour systemisers whilst place comparatively little value on empathisers. This trend is concerning when one considers the findings of the Harvard Business Review which showed that companies which boasted strong emotional intelligence outperformed their systematic rivals by 20 percent. It was discovered that businesses across a wide range of industries were able to improve their business results with increased empathy.

The article’s findings are not that surprising, when one considers that companies are comprised of individuals, whether men or women, who respond well to genuine human interaction. The same can be said of a business’s client base. Surely companies which are adept at facilitating both the functional and emotional aspects of their business will hold a competitive edge? In light of this, companies led by wise management teams should prioritise the practise of empathy as much as they would focus on the development of any other business skill.

Do you feel that empathy is lacking in most corporate environments? We’d like to hear your thoughts.

"Parmar, get over here!" He's calling me into his office. I have to pretend to be interested in the stream of innuendo, and public schoolboy jokes that pass for 'banter' in this office.

The manager I'm referring to (fortunately no longer my boss) addresses each of his colleagues by their surname – it's an odd and idiosyncratic mode of address. He really doesn't care how he makes me feel. He's never paused to think that this mode of address might be misconstrued by anybody who has not shared his public school background or been in the military. I struggle to make an emotional connection with somebody who only calls me by my surname.

Is this a meeting or a monologue? I'm sat facing his desk, but he's no longer in his seat. My manager is pacing around the room, and is now standing directly behind the chair in which I'm seated. I feel like I am about to be interrogated.

I should add that he is not a particularly bad manager – he's just average. Considered to be an expert in his own field, my former boss found himself running a team of 30 people. His failing is not an uncommon one – a lack of empathy, the ability to build emotional connections with people and understand our impact upon others.

Lack of empathy in the workplace is one of the reasons that women find it difficult to flourish in corporations. In the technology industry alone, 41% of women leave before 10 years. Must the companies that make our machines treat their staff as if they were machines too?

We can see the empathy deficit in the culture of business. Most corporations have become places where 'systemisers' flourish. According to professor Simon Baron-Cohen, these are individuals who excel at logic and analysis but tend to perform worse at empathy skills. Systemisers are more likely to be male.

Corporations place very little value on the other extreme: the empathisers: These are people who are good at reading emotions and understanding the dynamics of a situation and they tend to be female.

This imbalance means that most companies are led by people who are bad at tuning into people's emotions (such as my former manager). These leaders fail to consider their customers and staff as human beings.

Instead, boards of directors retreat into a parallel universe of numbers and spreadsheets. It's far easier for non-empathisers to understand a Powerpoint presentation full of abstract boxes and circles than the human beings who have fears, desires and hopes that need to be understood. In such an organisation, women and empathisers struggle to get their voices heard.

That's how I felt, and most of the female colleagues I worked with felt the same. Eventually, these women took their expertise elsewhere and found jobs where their ability to collaborate with people was valued.

Companies should care about this. It's not about fairness – it's is about profit. Businesses that put empathy and emotional intelligence at their heart outperform their more robotic rivals by 20% according to the Harvard Business Review. A wide range of businesses, from the insurance sector, cosmetics and even debt collectors have found that increased empathy leads to better results.

Our work at Lady Geek shows that corporate culture can be transformed. Empathy is something that individuals and corporations can become better at. It's like a muscle that must be continuously trained and improved. Empathy can be embedded in into the corporate culture, but this kind of change requires leaders to care about previously overlooked details, from the way that the sales team are trained, to the way that managers are evaluated, even the way that the receptionists welcome visitors.

Empathy must no longer be perceived as a soft, overtly feminine skill but as a commercial tool that can be learned and deployed in all aspects of a business if women are to thrive. Leaders should not forget that behind the numbers, spreadsheets and surnames are people, just like you and me.