A New Era in the Work Place 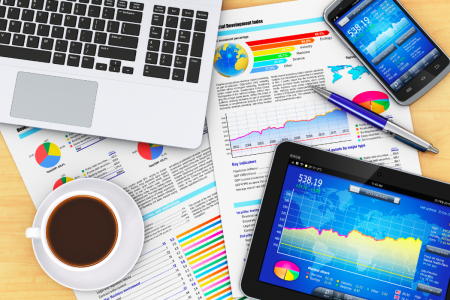 Will the future of the office place involve the absence of an actual office? Today’s Workers Demand Flexibility, Mobility--- and Facebook was the title of an article recently published by CIO Magazine in which somewhat surprising statistics around modern employee aspirations were revealed.

The statistics were taken from a series of surveys completed by virtual office space provider, Intelligent Office, and involved feedback from around 3000 Americans and Canadians, 18 years and over. What stood out most from the survey results was the fact that employees now want to create their own rules when it comes to the work environment and employers wanting to maintain strong retention rates may want to take note of a number of factors.

What it all comes down to is flexibility - whether it’s where they work, how they work or when they work, employees want to be in control. In fact 70 percent of respondents indicated that they already work from alternative locations to the office. This might mean from home or perhaps a comfy coffee shop. Naturally, to allow for this kind of flexibility, staff members also need to be able to use their own equipment. So as you might have guessed, 66 percent of the sample group indicated that they want to be able to use a laptop or tablet rather than being confined to a desktop workspace.

Perhaps the most interesting result of all was the number of interviewees who felt that they should be entitled to use social media sites during work hours. Indeed, around one third of the respondents claimed that they already spend at least an hour each day doing just that and as many as a quarter of the group maintained that they would be unwilling to work for a company where this was not allowed.

At face value, it may seem fair to attribute this growing trend to the prevalence of new digital media.  However, responses indicated that there is in fact a more significant underlying driver.  It has to do with a complete shift in aspirations.  A surprising number of people are no longer driven to climb the corporate ladder.  A significant majority (65 percent) of respondents rather aspired to become entrepreneurs or independent professionals.  And zero out of a 1000 actually wanted to become corporate executives.

In his article, Christopher Nel speculates that this is in fact the beginning of a completely new era in employee work culture. What do you think?